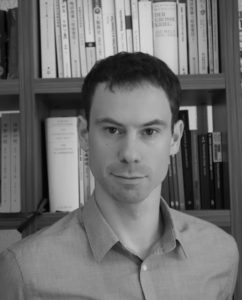 Nicolas is a cultural historian of China, specializing in the history of science and the history of masculinity in the nineteenth and twentieth century. He received his Ph.D. from Heidelberg University, where he was a member of the Cluster Asia and Europe in a Global Context. Prior to joining the University of Erlangen-Nuremberg, he was a visiting professor at Free University of Berlin. His research and teaching interests also include the history of the Qing dynasty, Republican China, China during the Cold War, the body, medicine, graphic novels, and the military. His first book, The Body and Military Masculinity in Late Qing and Early Republican China: The Art of Governing Soldiers, deals with military reforms and its cultural, social, and political consequences as well as the transformation of masculinity concepts in China between 1895 and 1916. As a member of Sin-aps, he intended to work on a book project tentatively entitled Scientific Warfare in Republican China.